PrevPrev:Is an RTOS really the best way to design embedded systems?
Next:On the Origin of Software by Means of Artificial SelectionNext
share on:
Originally published on:
2011-06-09
Last updated on: 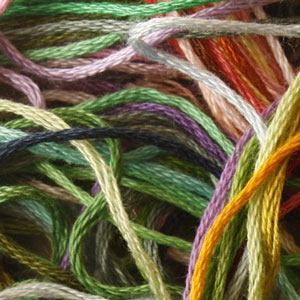 For a number of years I’ve been getting questions regarding protothreads and comparisons to state machines. Here is what I think:

Protothreads in a Nutshell

Please note that protothreads allow standard flow control statements, such as IF-THEN-ELSE and WHILE loops between any two “blocking abstractions”. Therefore the program feels more “natural” for designers used to the traditional sequential programming style. You simply see the expected sequence of events.

Protothreads are indeed a simplification, but only for sequential problems, in which only specific sequences of events are valid and all other sequences are invalid. Examples for using protothreads include the sequence of events for initializing a radio modem (the AT-commands and responses).

However, protothreads lose their advantage entirely if there are many valid sequences of events. This is actually the most common situation in real-life systems. Typically, even if a problem initially seems sequential, inevitably during the development new valid event sequences are discovered.

So, in the end, protothreads are an attempt to replace state machines, which are considered complex and messy by the inventors of the protothread mechanism. But, the “messiness” of state machines is obviously a very subjective statement.

The bottom line: good state machine implementation techniques eliminate most reasons for using protothreads. State machines are far more generic and flexible, because they can easily handle multiple sequences of events. In comparison, protothreads are intentionally crippled state machines that transition implicitly from one “blocking abstraction” to another executing code in between as the “actions” on such implicit transitions.

PrevPrev:Is an RTOS really the best way to design embedded systems?
Next:On the Origin of Software by Means of Artificial SelectionNext