Modern Embedded Programming: Beyond the RTOS 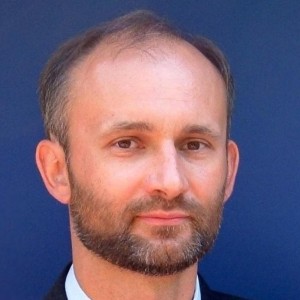 An RTOS (Real-Time Operating System) is the most universally accepted way of designing and implementing embedded software. It is the most sought after component of any system that outgrows the venerable “superloop”. But it is also the design strategy that implies a certain programming paradigm, which leads to particularly brittle designs that often work only by chance. I’m talking about sequential programming based on blocking.

Blocking occurs any time you wait explicitly in-line for something to happen. All RTOSes provide an assortment of blocking mechanisms, such as time-delays, semaphores, event-flags, mailboxes, message queues, and so on. Every RTOS task, structured as an endless loop, must use at least one such blocking mechanism, or else it will take all the CPU cycles. Typically, however, tasks block not in just one place in the endless loop, but in many places scattered throughout various functions called from the task routine. For example, in one part of the loop a task can block and wait for a semaphore that indicates the end of an ADC conversion. In other part of the loop, the same task might wait for an event flag indicating a button press, and so on.

This excessive blocking is insidious, because it appears to work initially, but almost always degenerates into a unmanageable mess. The problem is that while a task is blocked, the task is not doing any other work and is not responsive to other events. Such a task cannot be easily extended to handle new events, not just because the system is unresponsive, but mostly due to the fact that the whole structure of the code past the blocking call is designed to handle only the event that it was explicitly waiting for.

You might think that difficulty of adding new features (events and behaviors) to such designs is only important later, when the original software is maintained or reused for the next similar project. I disagree. Flexibility is vital from day one. Any application of nontrivial complexity is developed over time by gradually adding new events and behaviors. The inflexibility makes it exponentially harder to grow and elaborate an application, so the design quickly degenerates in the process known as architectural decay. 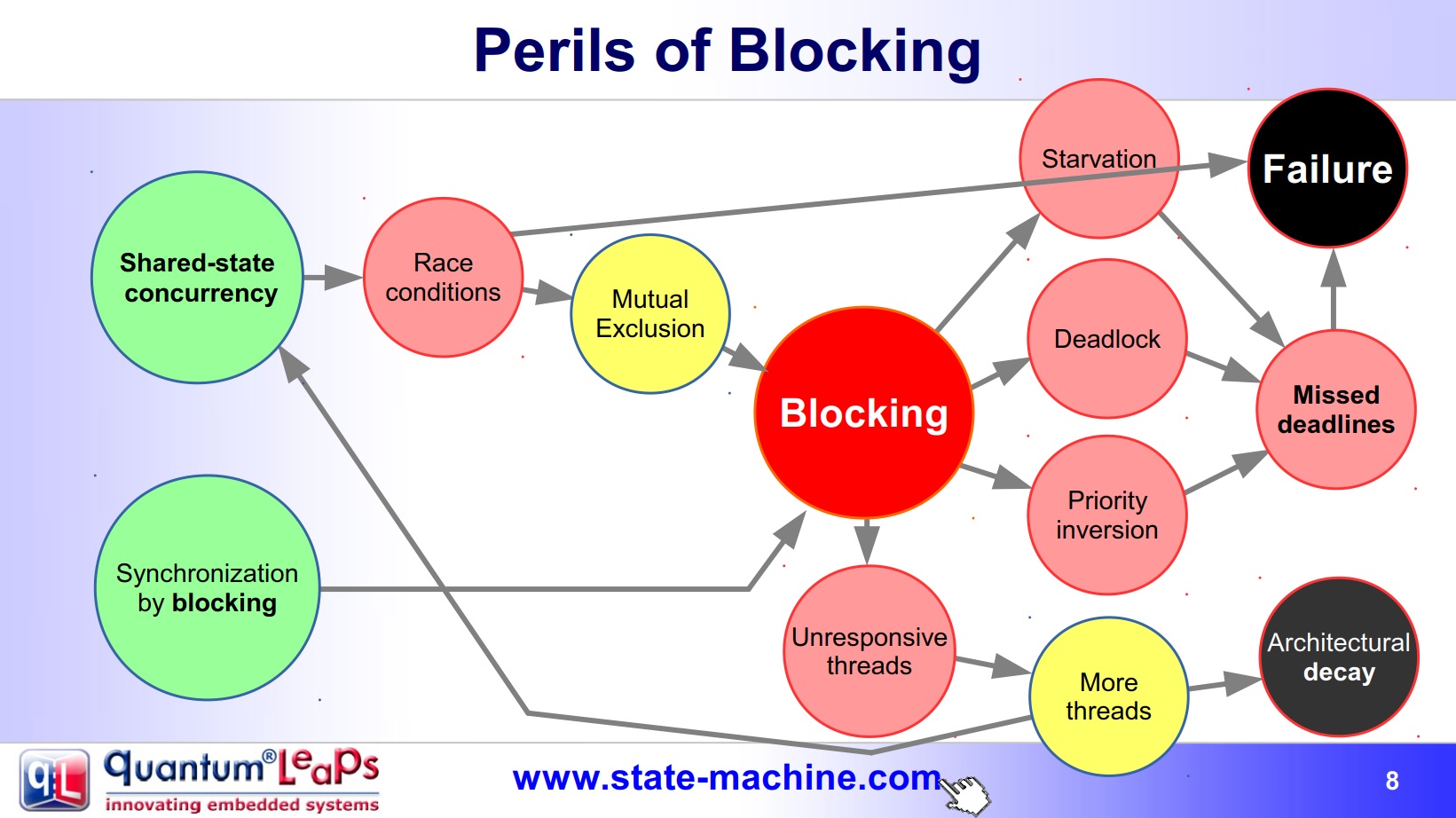 The mechanisms of architectural decay of RTOS-based applications are manifold, but perhaps the worst is the unnecessary proliferation of tasks. Designers, unable to add new events to unresponsive tasks are forced to create new tasks, regardless of coupling and cohesion. Often the new feature uses the same data and resources as an already existing feature (such features are called cohesive). But unresponsiveness forces you to add the new feature in a new task, which requires caution with sharing the common data. So mutexes and other such blocking mechanisms must be applied and the vicious cycle tightens. The designer ends up spending most of the time not on the feature at hand, but on managing subtle, intermittent, unintended side-effects.

For these reasons experienced software developers avoid blocking as much as possible. Instead, they use the Active Object design pattern. They structure their tasks in a particular way, as “message pumps”, with just one blocking call at the top of the task loop, which waits generically for all events that can flow to this particular task. Then, after this blocking call the code checks which event actually arrived, and based on the type of the event the appropriate event handler is called. The pivotal point is that these event handlers are not allowed to block, but must quickly return to the “message pump”. This is, of course, the event-driven paradigm applied on top of a traditional RTOS.

While you can implement Active Objects manually on top of a conventional RTOS, an even better way is to implement this pattern as a software framework, because a framework is the best known method to capture and reuse a software architecture. In fact, you can already see how such a framework already starts to emerge, because the “message pump” structure is identical for all tasks, so it can become part of the framework rather than being repeated in every application. 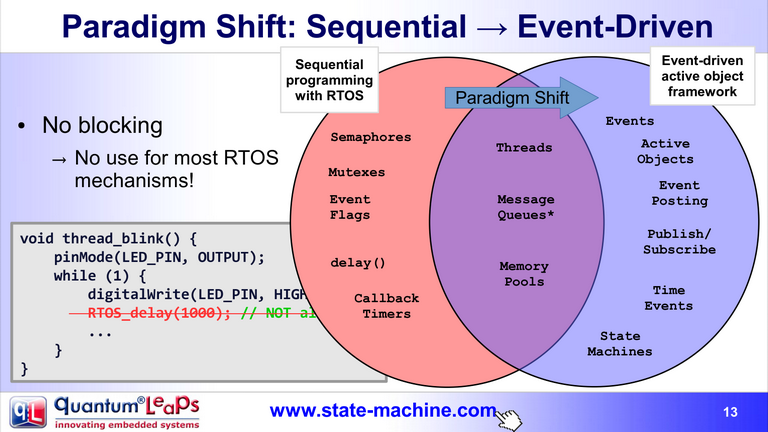 This also illustrates the most important characteristics of a framework called inversion of control. When you use an RTOS, you write the main body of each task and you call the code from the RTOS, such as delay(). In contrast, when you use a framework, you reuse the architecture, such as the “message pump” here, and write the code that it calls. The inversion of control is very characteristic to all event-driven systems. It is the main reason for the architectural-reuse and enforcement of the best practices, as opposed to re-inventing them for each project at hand.

But there is more, much more to the Active Object framework. For example, a framework like this can also provide support for state machines (or better yet, hierarchical state machines), with which to implement the internal behavior of active objects. In fact, this is exactly how you are supposed to model the behavior in the UML (Unified Modeling Language).

In summary, RTOS and superloop aren’t the only game in town. Actor frameworks, such as Akka, are becoming all the rage in enterprise computing, but active object frameworks are an even better fit for deeply embedded programming. After working with such frameworks for over 15 years , I believe that they represent a similar quantum leap of improvement over the RTOS, as the RTOS represents with respect to the “superloop”.

If you’d like to learn more about active objects, I recently posted a presentation on SlideShare: Beyond the RTOS: A Better Way to Design Real-Time Embedded Software

Also, I recently ran into another good presentation about the same ideas. This time a NASA JPL veteran describes the best practices of “Managing Concurrency in Complex Embedded Systems”. I would say, this is exactly active object model. So, it seems that it really is true that experts independently arrive at the same conclusions…